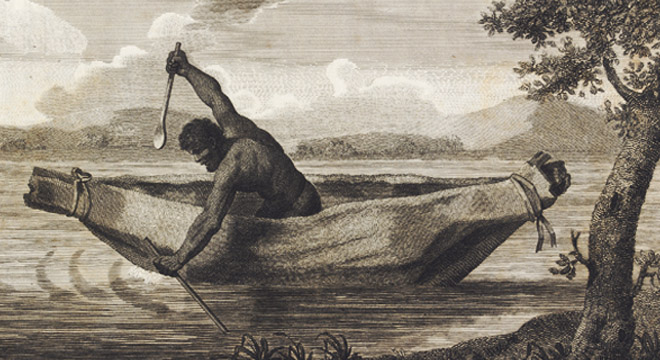 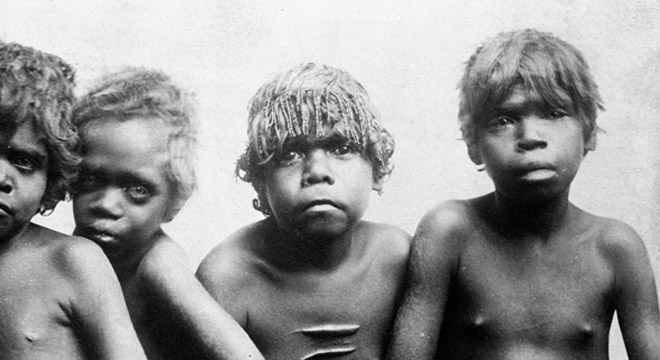 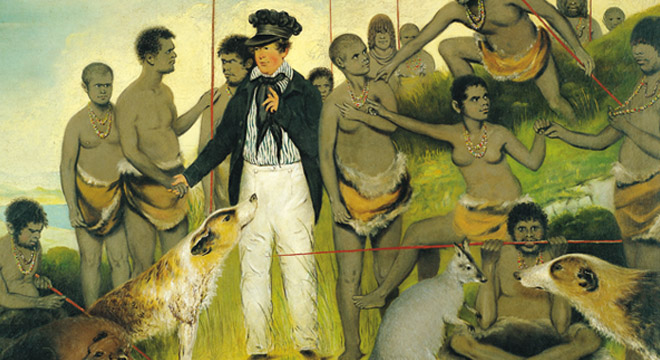 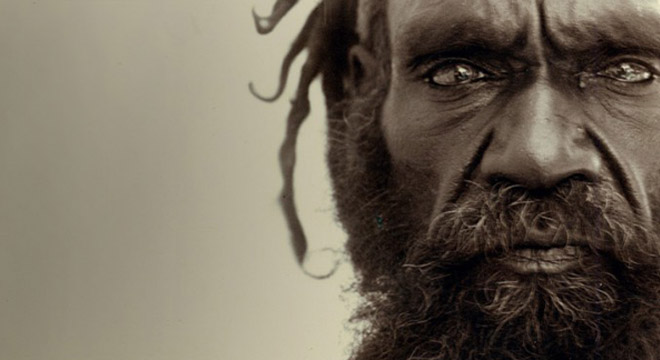 FIRST AUSTRALIANS chronicles the birth of contemporary Australia as never told before, from the perspective of its first people. FIRST AUSTRALIANS explores what unfolds when the oldest living culture in the world is overrun by the world's greatest empire.   Over seven episodes this documentary depicts the true stories of individuals - both black and white - caught in an epic drama of friendship, revenge, loss and victory in the most transformative period of Australia's history.

The story begins in 1788 in Sydney, with the friendship between an Englishman (Governor Phillip) and a warrior (Bennelong), and ends in 1993 with Koiki Mabo's legal challenge to the foundation of Australia. FIRST AUSTRALIANS chronicles the collision of two worlds and the genesis of a new nation.

EPISODE 1 - They have come to stay

The first Australians and the British, the most powerful Empire in history, come face to face in Sydney on January 26, 1788. Their differences are immense but apprehension quickly turns to curiosity. Friendships form, some between powerful men such as Governor Arthur Phillip and the Aboriginal Bennelong. But by the time this pair leave for London three years later, relations between the two races have soured. The bloodshed worsens as settlers spread out across the land.

EPISODE 2 - Her will to survive

The land grab moves south to Tasmania. In an effort to protect the real estate prices, it is decided to remove the Tasmanian Aboriginal people from the island. The Government enlists an Englishman for the job, who is helped by a young Aboriginal woman Truganini.

EPISODE 3 - Freedom for our lifetime

The threat of extinction hovers over the first Australians of Victoria at the time Wurundjeri clan leader Simon Wonga seeks land from the authorities. He soon gives up and leads his people to the banks of the Yarra River, claiming a parcel of land — Coranderrk. With the help of a Scottish preacher, and inspired by the farming practices of the settlers, the community prospers – until the authorities step in and resist self  determination.

EPISODE 4 - There is no other law

Throughout the history of white settlement, individual white men, good and bad, have significantly affected the first Australians. Supported by pastoralists keen to make their fortune, the homicidal police officer Constable Willshire brings mayhem to the Arrernte nation in Central Australia. With the authorities turning a blind eye, the telegraph operator Frank Gillen stops him. Gillen’s other legacy are comprehensive records of the Arrernte people’s way of life.

Jandamarra is born on a cattle station in the Kimberley in 1870s. His hybrid life takes a bloody turn when he trades in his status as a police tracker to fight for his own people. Gladys Gilligan is one of more than 50,000 half-caste children plucked from her family and sent to a mission. The Chief Protector of Aborigines, AO Neville, institutionalises her first son, orders her to be arrested, and denies her the right to marry three times, but she remains resolutely independent.

EPISODE 6 - A fair deal for a dark race

Across the continent, the first Australians are governed by ‘protective legislation’ which binds them to reserves, controlling their wages, residency, ability to marry and travel. Yorta Yorta man William Cooper forms the Australian Aborigines League in 1933 to continue his life-long campaign for equality. His nephew also becomes a political animal: Doug Nichols, a Church of Christ pastor who becomes a champion for those affected by the Maralinga nuclear bomb tests in the 1950s.

EPISODE 7 – We are no longer shadows

Eddie Koiki Mabo fights for Australian law to recognise that his people own Murray Island, where they have lived for generations. In 1992, six months after his death and a decade after the statement of claim was first lodged in Queensland, the highest court in the land decides in Mabo’s favour. The outcome overturns the notion of terra nullius — the notion that the land belonged to no one at the time of white settlement.