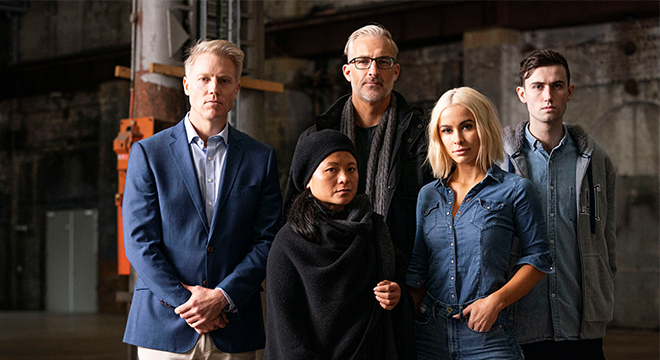 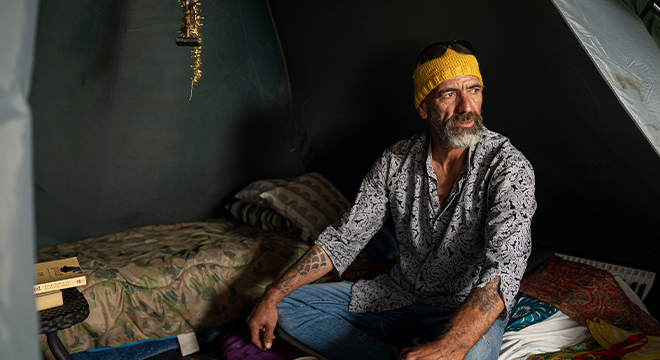 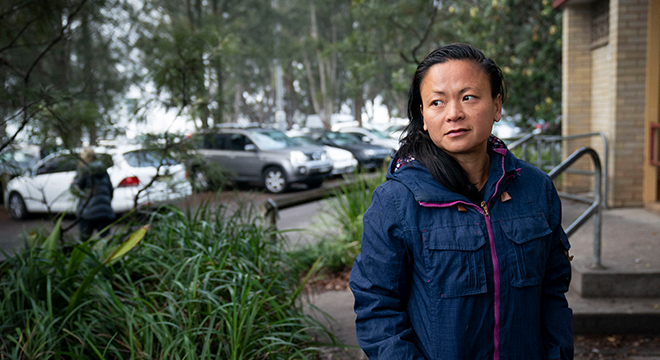 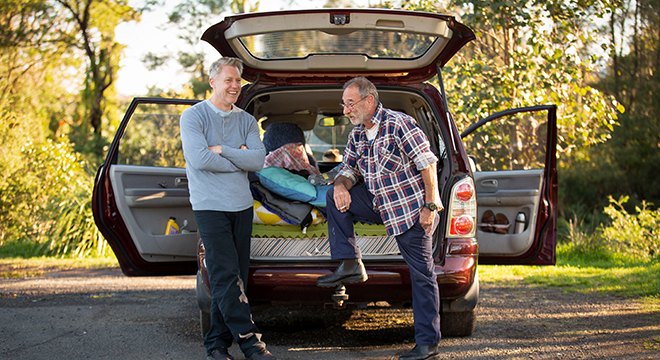 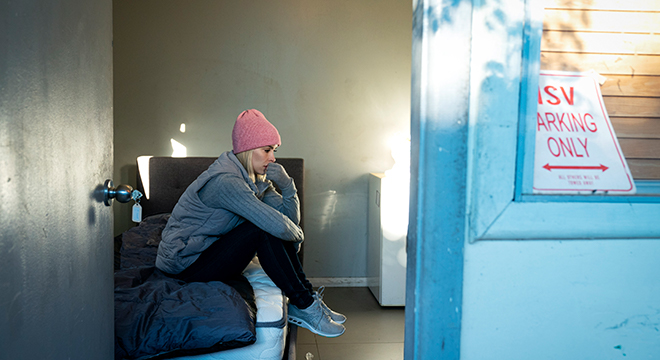 There’s a crisis in Australia. And it’s getting worse. One in 200 of us are experiencing homeless on any given night.

The heat is said to be coming out of the housing market, but for those with no prospect of ever owning a home that’s cold comfort. Public housing stock is shrinking, and secure, affordable rental accommodation is but a distant memory. Domestic violence and relationship breakdown sets families adrift in a strange and unfamiliar world of emergency shelters and life on the streets.

And homelessness strikes not only in the heart of our cities but deep into the suburban sprawl and beyond into the regions and rural areas.
The crisis is explained. The myths exposed. The realities explored.

New South Wales is at the epicentre of this story.

In NSW the number of rough sleepers is higher than in any other state in Australia, with a 35% increase in the latest census. In regional NSW there’s a chronic lack of public housing and severe rental stress. Older women, migrants and families in acute states of risk. And more than 15,000 children under the age of twelve homeless in Australia.

Surveys have shown that one in two Australians think people experiencing homelessness are to blame for their own situation. And yet despite the misguided beliefs, there’s a growing restlessness amongst many, an increased belief that something must be done. That in a nation as rich and ‘lucky’ as ours, it’s time for those in power to act to help those who can’t help themselves.

With the gap between the haves and the have-nots ever widening, we take high profile Australians away from their privileged lives, and for ten days and nights immerse them into the world of homelessness.

From sleeping rough on the streets, to living in emergency accommodation, to moving into temporary, marginal accommodation...The group discovers what it’s like to go from having everything to having next to nothing.

Domestic violence, family breakdown, alcohol and drug addiction, mental illness - all are explored. Each issue is tackled through immersive scenarios. The five high profile Australians are forced to deal head on with homelessness.

Along their journey they meet the teenagers who had nowhere to go, shelter in a car in a park, live in a caravan amongst those living on the breadline. All have a story to tell of a life without a home. All challenge the five, their preconceptions and prejudice.

And there’s hope in this story.

The five are introduced to professionals at specialist services who are trying to end homelessness with innovative and successful initiatives. They gain a deep insight into the complex causes of homelessness. And crucially, they see first-hand the extraordinary impact housing can have on peoples’ lives and the acute need for services and support beyond simple shelter.

By journey’s end perceptions have been challenged, views changed, and compassion and understanding deepened. And not just for the five participants...
A high impact television event will challenge the audience, the general public and, crucially, the policy makers and power brokers.
Will those with the means to do so to tackle this epidemic once and for all?

Ellie Gonsalves is a model, actress and Wildlife Warriors ambassador who splits her time between LA in the United States and her home in Queensland.

Boasting a social media following of five million people, the 28-year-old has used her profile to promote mental health issues. This followed the personal tragedy of her father taking his own life.

Ellie wants to take this journey into the world of homelessness to try to understand how she and her millions of online followers can help make a difference.

Growing up in Western Australia, Ciaran enjoyed a sheltered and comfortable childhood. He had very little contact with homeless people, and when he did he admits the experience was negative and frightening.

But then a surprising conversation with a friend, who revealed they’d experienced homelessness as a teenager, opened his eyes. And Ciaran wants to know more.

He’s heading out onto the streets to be immersed into an Australia he’s lived in for most of his life but never truly known.

PAULINE NGUYEN
As a three-year-old, Pauline Nguyen escaped Vietnam as a refugee with her family. And her upbringing in Australia was equally traumatic.

Today, Pauline is an award-winning restauranteur, author and ‘Spiritual Entrepreneur’.

As far as people experiencing homelessness, overcoming their trauma, Pauline’s not willing to judge. But she believes we are all capable of achieving anything with the right resources.

As an international speaker and facilitator, Pauline’s teaching workshops encourage her clients to unlock their ‘Next Level Greatness’. The mission: to alleviate human suffering and magnify human potential.

Pauline admits to not knowing a lot about the issue of homelessness but is keen to learn more, and discover what some of the solutions might be.

A varied career, that’s included time in the media spotlight, has seen the 39-year-old help treat those experiencing homelessness in some of Australia’s busiest emergency departments. As a doctor, Andrew has also faced the grim task of certifying the deaths of rough sleepers who lost their lives on the street.

Despite this firsthand experience, Andrew admits that he passes people living on Sydney’s streets every day and has no real understanding of what they’re going through or what they need.

He’s desperate to find out what it’s really like to experience homelessness in Australia and how he can possibly help.

ARRON WOOD
Having grown up in Mildura in country Victoria, Arron Wood is known for his award-winning environmental activism and education work with children. And is now in the spotlight as Deputy Lord Mayor of Melbourne.

As part of the team assigned to deal with Melbourne’s rough sleeping crisis in 2017, Arron’s been forced to confront the homeless issue head on.

Having battled mental health issues in his past, Arron also knows how hard it can be to deal with the traumas that life throws your way. And crucially he hopes that by immersing himself in the world of homelessness, he will better understand the problems, the system and begin to find some answers to one of the nation’s most critical social issues.