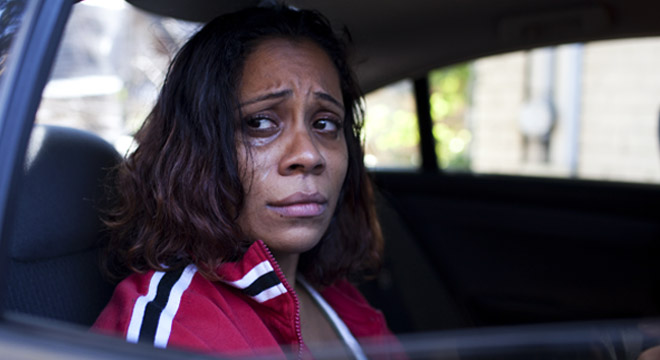 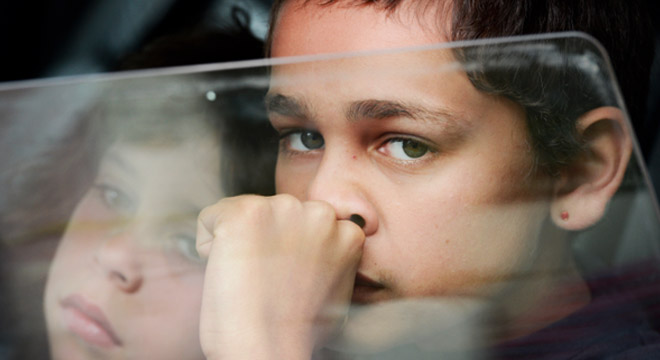 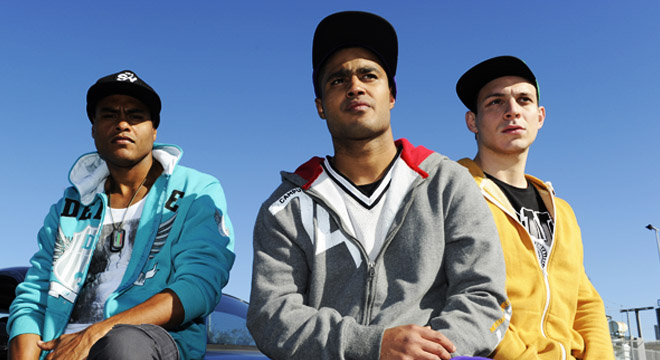 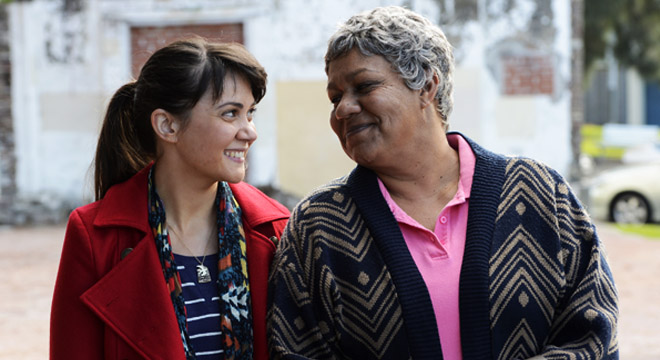 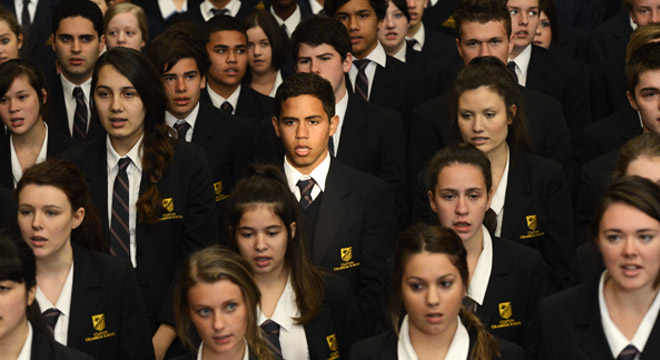 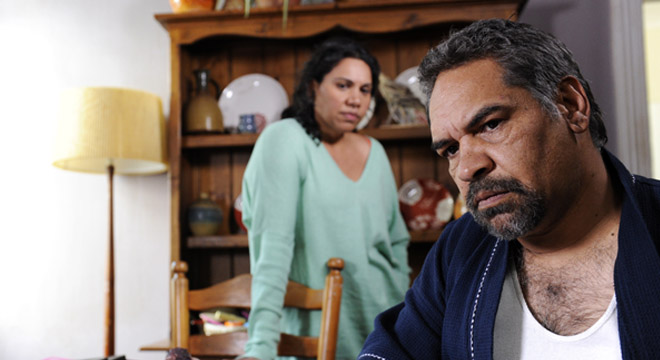 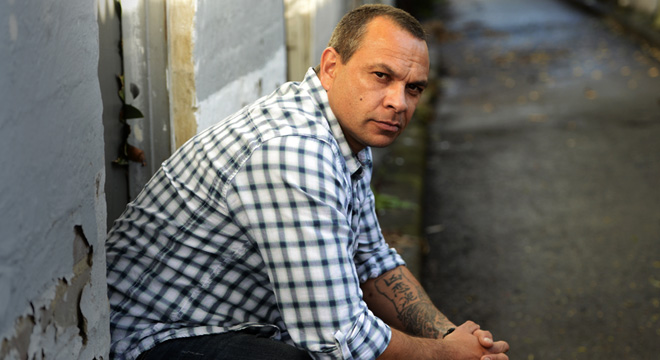 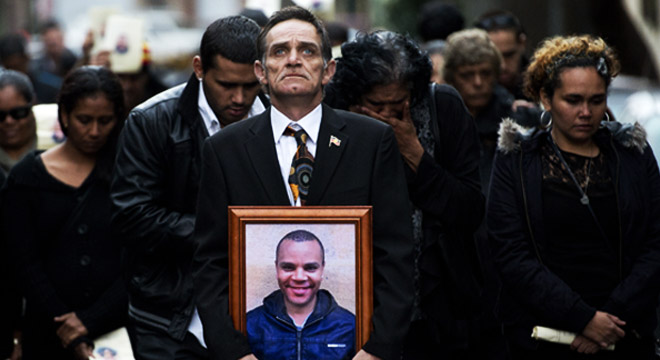 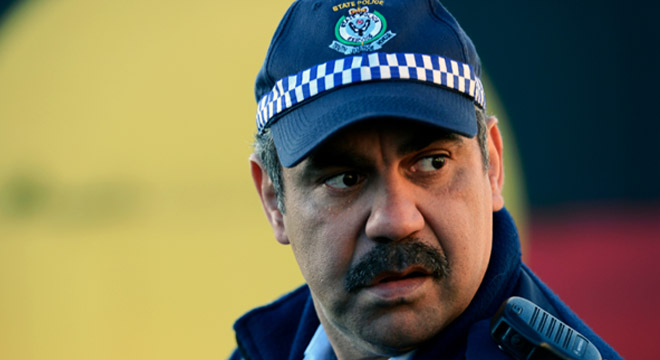 With internationally acclaimed UK writer Jimmy McGovern (The Street, Cracker, The Lakes) working closely with the scriptwriters as Story Producer, the series tells the powerful stories of six inner city households whose lives are changed by a seemingly insignificant incident.

Recipient of the Silver Logie 2013 Most Outstanding Drama , the highly celebrated and multi award-winning REDFERN NOW is a collaboration between some of Australia’s most celebrated creatives. Produced by Blackfella Films (Mabo, First Australians), the 6 x 1 hr drama series has been directed by Rachel Perkins (Mabo, Bran Nue Dae) and Catriona McKenzie (Satellite Boy), with Wayne Blair (The Sapphires) and Leah Purcell (Somersault, Jindabyne, Lantana) both starring in and directing one of the stories.

Grace (Leah Purcell) and Wesley (Alec Doomadgee) haven't had a holiday for years. Now they’re off on the holiday of a lifetime with their two children. The taxi is all packed and ready to take them to the airport, but as Grace races back into the house for one last thing, the phone rings. Her nephew Tyler has called to say that Grace’s sister Lily (Shareena Clanton) is off her medication and raving, and he and his sister Maddi need help. Grace not only has to have her sister committed, and find a temporary home for the children, but get it all done in time for the family to make their flight…

When Coral (Tessa Rose) is knocked down by a bunch of teenage boys in a stolen car, one of them, Danny (Rhimi Johnson Page) – who hadn’t wanted to joyride in the first place – checks to see if she is okay. Before he leaves he calls for an ambulance, and the police are able to trace the call back to his mobile. Danny refuses to dob in his mates and takes the blame. Meanwhile Coral’s granddaughter Julie (Shari Sebbens) moves in to care for Coral while she recovers, and when Danny turns up to apologise to Coral it’s Julie who answers the door. Danny is smitten, but the romance is cut short when Coral reveals that Danny was one of the kids who knocked her over. Will he be able to convince Julie and Coral of his remorse and win back their trust?

Raymond (Kelton Pell) has it pretty sweet – a house, a loving wife, four kids, an upcoming promotion at work and a nomination for an award for his services to his community. A seemingly perfect life - until his wife Lorraine (Deborah Mailman) is mysteriously dobbed in to Centrelink and accused of benefit fraud.While Lorraine desperately tries to find a way to repay the $60,000 debt, Raymond embarks on an obsessive quest to find out who was responsible for dobbing them in. In the process he starts to destroy everything he’s built. His friendships, reputation, marriage and job all come crashing down, and too late he realises the truth he was searching for is the very last thing he wants.

Sixteen year old Joel Shields (Aaron McGrath) has just won an Indigenous scholarship to Clifton College - one of Sydney's most elite private schools. It’s his first day, and at assembly Joel’s teacher notices he’s not singing the national anthem. At home that night Joel is busy learning the words so he can join in, but his father Eddie (Marley Sharp) doesn’t want his son to sing the anthem…or stand for it.

Indigo (Dean Daley-Jones) is a professional boxer so he knows how to hit a man – how to land the perfect punch, the sweet spot. It’s why he’s good in the ring, and it’s why he’s just served a six-year sentence for killing a man in a street fight.  He’s home now reconnecting with his wife Allie (Lisa Flanagan) and two kids. But a series of small incidents spark a jealous flame in Indigo: why does this guy Jumpy (Cramer Cain) keep coming around to see Allie? Why does she know how many sugars Jumpy takes in his tea? Indigo’s rage sends him out of control and back into familiar territory – a jail cell. He finally takes full responsibility for his misdeeds, and in doing so has a real chance of getting his life back on track. But will Allie and the kids be there at the gates to meet him this time round?

Aaron Davis (Wayne Blair) is proud of his police uniform and proud of the community in which he works. So far it’s been a good day despite some taunting from young troublemaker Lenny (Luke Carroll). Later in the afternoon as Aaron is finishing up at the police station, Lenny is brought in all busted up and yelling abuse. He’s been in a bad fight so Aaron goes to call for a doctor, until Lenny’s taunting pushes him too far. When Lenny calls out from the cell in pain, Aaron ignores him. It’s not until the cries suddenly stop that Aaron realises something is terribly wrong. He rushes to help but it’s too late – Lenny is dead. And so Aaron’s nightmare begins.

For access to bonus online features including behind the scenes web extras and  photo galleries please visit www.abc.net.au/tv/redfernnow