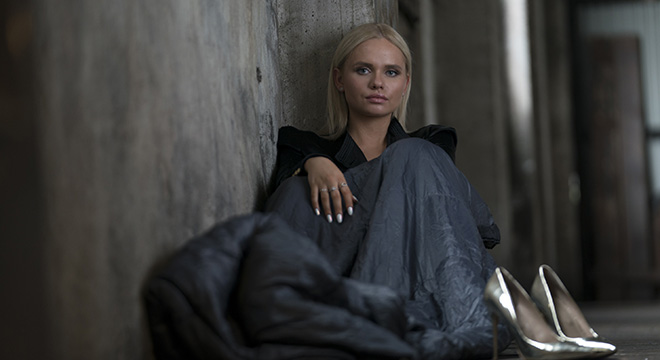 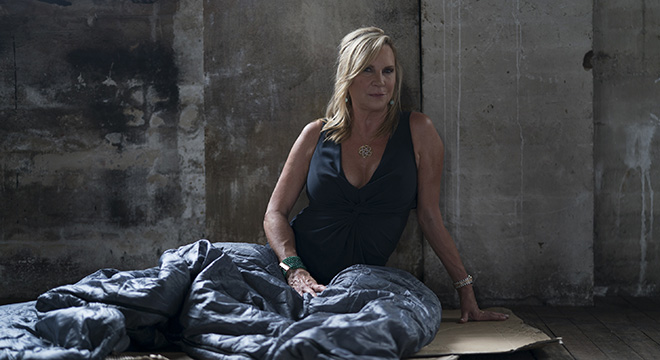 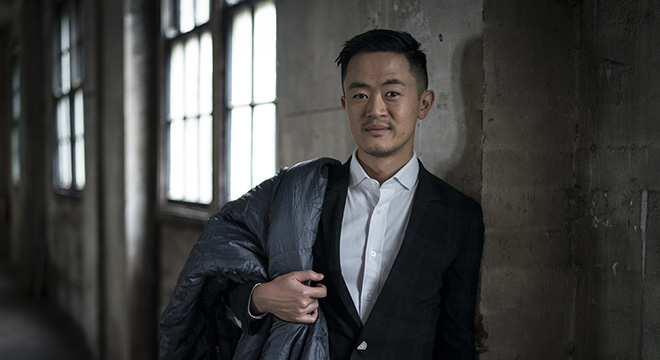 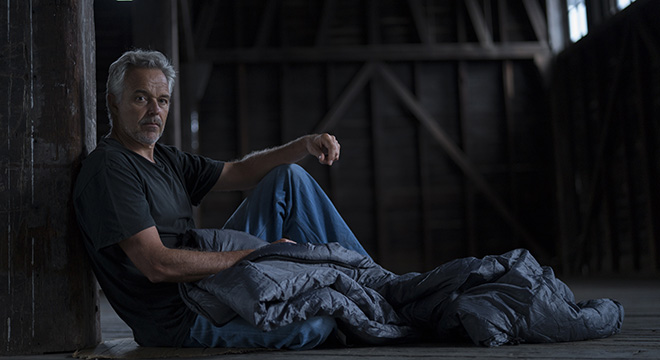 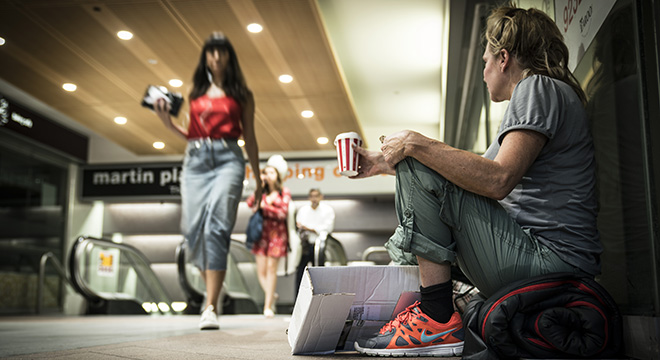 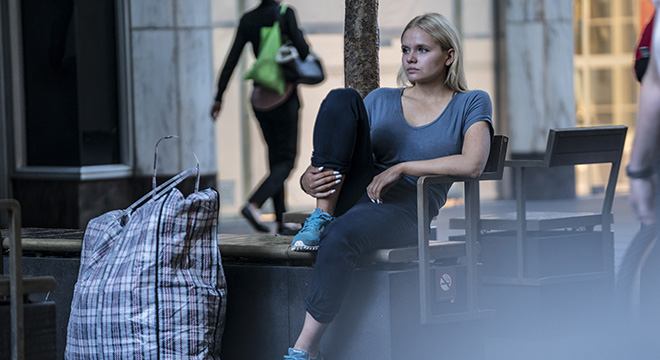 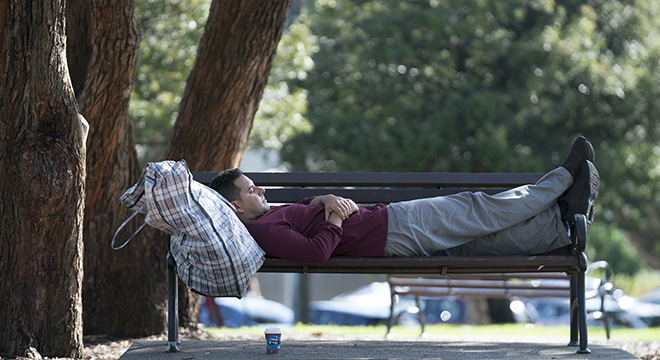 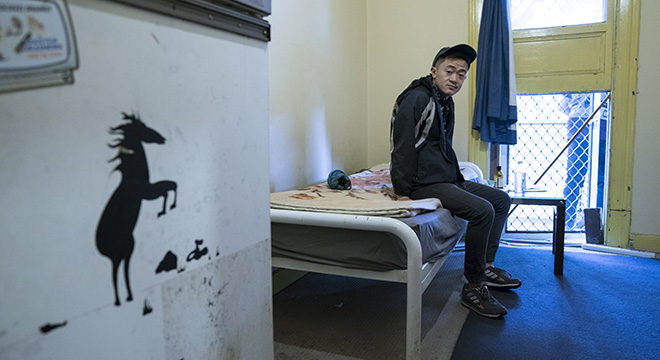 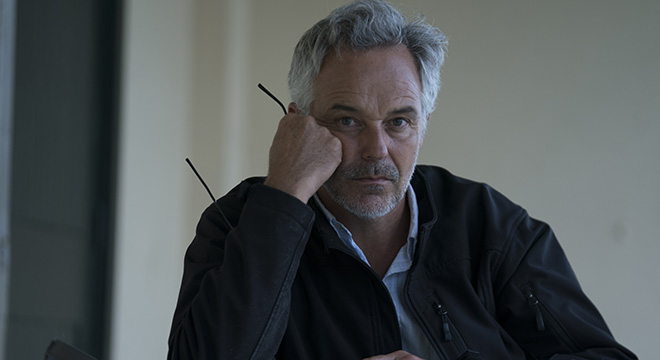 There’s a crisis in Australia. And it’s getting worse.

Latest figures show 116,000 people have no place to call home. And with housing stress increasing every day - homelessness is a frightening possibility for more of us than ever before.

For five high profile Australians it’s about to become a terrifying reality. They’ve all agreed to swap their privileged lifestyles for ten days of being homeless. They’re going to find out what it’s like to go from having everything to having absolutely nothing.

In this series, you’ll witness the shocking story of Australia’s homeless crisis through the eyes of five people willing to confront their privilege and face a stark reality. This is a unique insight into what it’s really like to be homeless in Australia

At the epicentre of this crisis are Sydney and its surrounds. There are more people experiencing homelessness in Australia’s largest city and NSW than anywhere else in the country.

And homelessness strikes not only in the heart of our cities but deep into the suburban sprawl and beyond. Increasingly the new homeless are often young people, families and single older women.

The crisis is explained. The myths are exposed. The realities explored.

Homelessness could happen to you…

Meanwhile, attitudes towards the homeless are still hardened. Surveys have shown that one in two Australians think people experiencing homelessness are to blame for their situation.

And yet despite the antagonism, there’s a growing restlessness amongst many, an increased belief that something must be done. That in a nation as rich and ‘lucky’ as ours, it’s time for those in power to act to help those who can’t help themselves.

With the gap between the haves and the have-nots ever widening, we take high profile Australians away from their everyday lives, and for ten days immerse them into the world of homelessness.

From sleeping rough on the streets, to living in emergency accommodation, to moving into temporary accommodation, the group discovers what it’s like to go from having everything to not knowing where they’ll be staying from one night to the next.

Family breakdown, alcohol and drug addiction, mental illness, the struggle to access services - all are explored.

Each issue is tackled through immersive scenarios. The five are forced to deal head on with this crisis that grips a nation.

Along their journey they meet those who face homelessness every day. All have a story to tell. All confront the five, their preconceptions and ignorance.

By journey’s end views have been changed, compassion and understanding deepened. And not just for the five participants.

This high impact television event and online campaign will challenge the audience, the general public and, crucially, the policy makers and power brokers.

Will those with the means to do so, tackle this epidemic once and for all?

Actor and broadcaster Cameron Daddo is one of the most recognisable faces in Australian show business.

After 25 years in Hollywood, Cameron is now back in Australia, treading the boards in theatre productions, presenting for Smooth FM and developing new film and TV projects.

Having enjoyed a secure middle-class upbringing in Victoria and now living on Sydney’s northern beaches, Cameron’s no stranger to privilege. The former presenter of TV hit show Perfect Match, can be found surfing, working in TV radio and theatre and enjoying life with his wife (former model Alison Brahe) and their three children.

But life hasn’t always been this good. Back in 2008 in Los Angeles, Cameron’s family lost their home during the GFC and faced the uncertainty of financial meltdown.

Honest about his feelings towards some people who beg for money, Cameron is very open to this new experience and keen to learn about what life is like for the thousands of Australians with no place to call home.

Independent member of the NSW Parliament for the inner-city seat of Sydney since 2012, Alex is passionate about tackling social inequality when and where he sees it.

He made his name leading the marriage equality campaign for more than ten years including being a leader of the successful ‘YES’ campaign. But at 37, Alex admits that he hasn’t done enough yet to tackle the issue of homelessness.

The MP wants a first-hand experience to try and better understand what is one of Australia’s greatest social challenges.

Unsure of how he’ll cope without the loving support of his husband Victor and away from the daily cut and thrust of political life, Alex believes he’s jumping in at the deep end of a pool and has no idea how cold it might be.

Author and journalist Benjamin Law is an inner city intellectual and opinion former.

The son of Chinese immigrants, 35-year-old Ben knows he has built a privileged life for himself. A typical week could be writing his column for a national newspaper, working on a screenplay, hosting a literary event, swimming and squeezing in a bit of time to make some homemade Kimchi.

Compassionate, with a strong concern for those who are less fortunate than him, Ben rails against those who argue people experiencing homelessness should drag themselves out of their situation rather than ask for a handout.

But Ben also admits that he’s never ‘done it rough’ and this immersive experience could bring an entirely new dimension of insight and pain he’s not expecting.

When Skye Leckie was asked to take part in the series, she admitted to feeling ‘very, very scared.’ But it was a challenge she felt she had to say yes to.

The 59-year-old wife of the former Channel Seven CEO is also a prominent and glamorous figure on Sydney’s social scene. Once a publicist at David Jones, Skye believes that anyone can achieve success if they work hard enough.

Skye’s not dedicated a lot of time to working with or for the homeless. But given this opportunity, she wanted to immerse herself to gain a greater understanding of homelessness and to shine a light on an issue she thinks we should all know more about.

Actress, singer, model, and Instagram phenomenon, 19-year-old Alli (at the time of filming) is popular, privileged and beautiful.

Based in L.A, the Aussie born teenager boasts 1.4 million Instagram and Twitter followers and sees her social media platforms as a way of being a role for the young. Alli admits to knowing little about homelessness but is keen to explore the issue and in particular start to understand the hardships many young Australians face every day.

Very close to her family, Alli’s biggest concern is safety on the street and how she’ll cope without her mum for ten days.