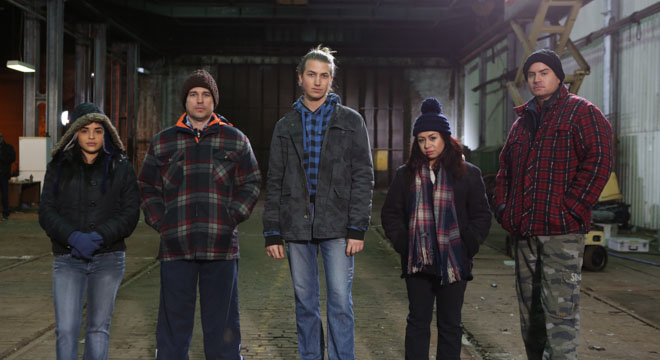 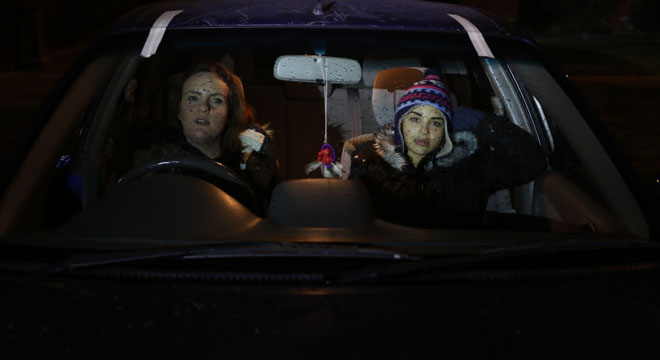 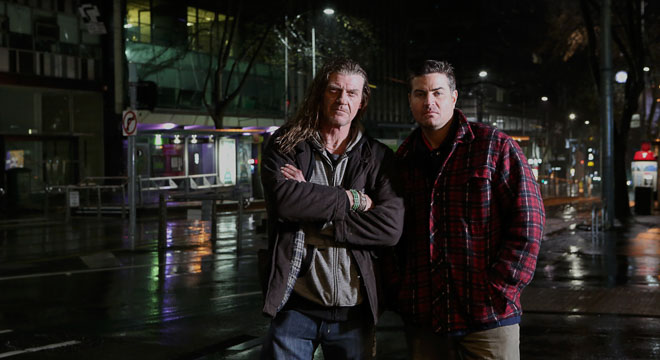 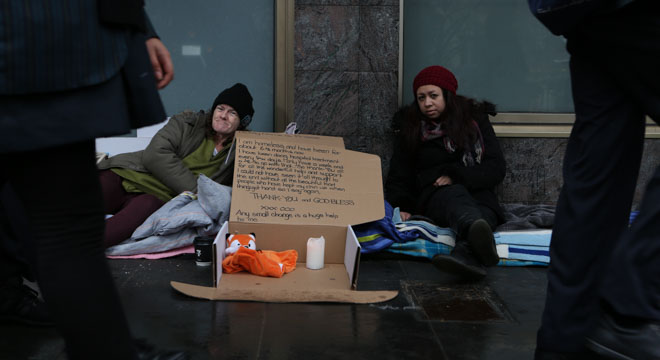 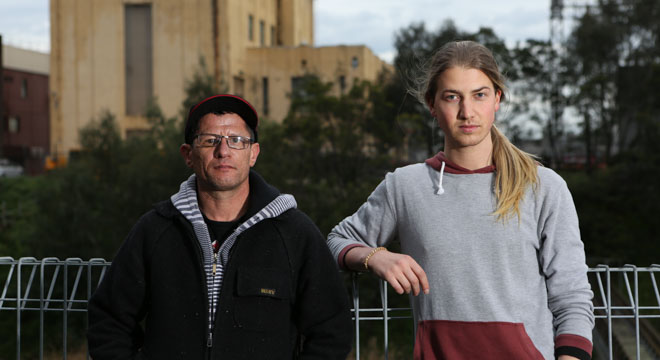 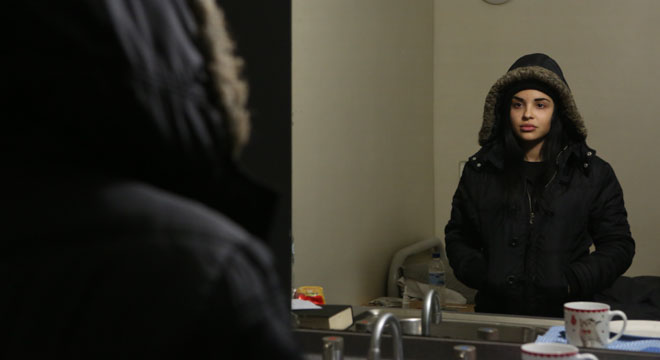 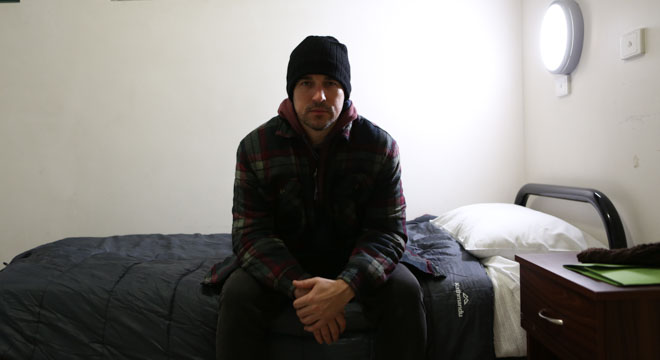 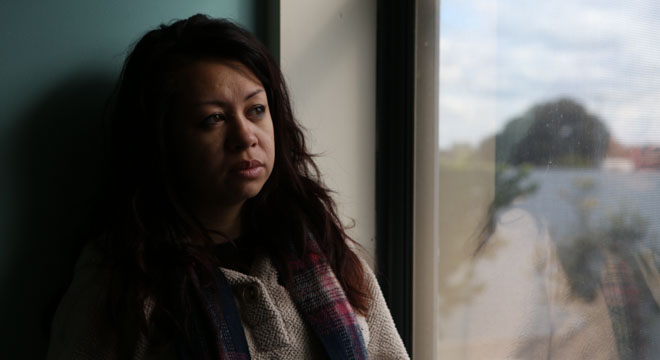 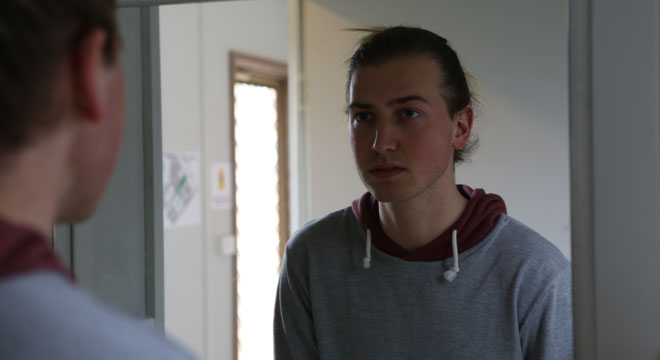 There’s a crisis in Australia.

And with house and rent prices rocketing - homelessness is a frightening possibility for more of us than ever before.

For five wealthy volunteers, it’s about to become a terrifying reality.

They’ve all agreed to swap their lavish lifestyles for 10 days living on the streets of Melbourne. They’re going to find out what it’s like to go from having everything to having absolutely nothing.

Preparing to live amongst Australia’s homeless are:

With their phones, ID and money taken from them, the five change into second hand clothing and are each given a sleeping bag.

For the next 48 hours, the volunteers are facing life alone with no money in their pockets and no roof over their heads.

From begging to busking, trespassing to tears - they’re tested physically and emotionally. Their preconceptions are challenged.

After one of the most testing experiences of their lives, the five make their way back to the warehouse with no idea what awaits them next. Host Indira Naidoo and homelessness expert Dr Catherine Robinson soon reveal that they’re each to be paired up with one of Melbourne’s many rough sleepers who will be their ‘buddy’ for the next two days.

From sleeping in a makeshift tent on the banks of the Yarra River to hearing heart breaking stories of drug addiction and breakdown. From picking up scrap metal for cash to helping with late night food drops to their fellow rough sleepers – the wealthy volunteers are taken into the world of their buddies and witness first-hand what it’s really like to call the street home.

The five have reached the halfway point of the social experiment.

On any given day in Australia almost seven thousand homeless people are in crisis accommodation.

For the next two days and nights, this will be home for the five.

At Ozanam house in the city’s north, Tim’s sharing with 58 other men. Most clients staying here have a history of drug and alcohol abuse or mental health issues. Many have been to prison.

Around one in three homeless people accessing services are escaping family violence.  Women like Kelly and Kristine who share their chilling story with Jellaine.

Meanwhile, over in Melbourne’s west, Christian has a place at accommodation specialising in youth homelessness. With little more than 100 crisis beds for young people across the entire state of Victoria, he’s one of the lucky ones.

Tensions are rising at the Salvation Army’s accommodation as Stu wonders if he should report a fight between residents. And Kayla’s views on drugs are turned around as she meets prostitute and heroin addict, Ebony.

As their time in crisis accommodation comes to an end, the five reflect on their experience. Stuart ponders whether homeless people can ever escape their fate, Jellaine thinks the situation is a matter of life and death, but for Tim, this has been even more deeply affecting.

For him Ozanam House is his home. And right now, he wants to stay.

The five are about to enter the final stage of the social experiment.

Stu, Jellaine and Tim are on their way to three of Australia’s vast number of rooming houses. This is what life is like on the very bottom rung of the housing ladder.

Christian moves into a squat. But for Kayla, it’s back to the beginning as she’s told to return to the street - a familiar story for many young homeless people.

The five are forced to come to terms quickly with their new surrounds. Christian is soon in search of food. But this time, there’s no soup van. Instead he’s ‘dumpster diving’ with his fellow squatters for tonight’s dinner.

Meanwhile Tim’s so concerned by his fellow housemates that he contemplates sleeping rough before finally barricading himself into his room.

But for 20-year-old Kayla, returning to the streets to sleep rough has become too much. Seven long days in and the social experiment for her is over.

For Christian, there’s still time to be heartbroken by Luci’s story - a transgender woman, scarred by her time on the streets.

And for Tim, Jellaine and Stu, they’re forced to find out – how do you survive on $15 a day?

The group returns to the warehouse for the final time before heading home to their loved ones.

The social experiment has raised as many questions as answers, the deep complexities of homelessness experienced and explored.

And for some…it’s been life changing.