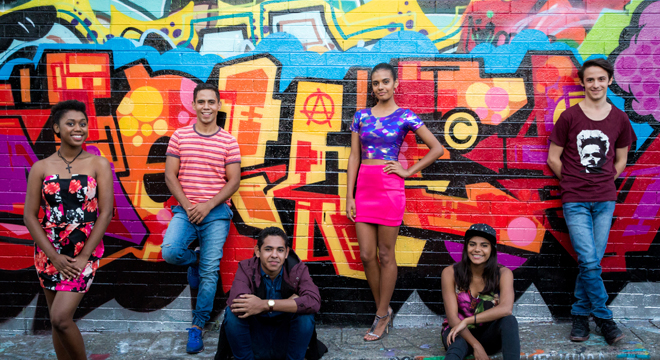 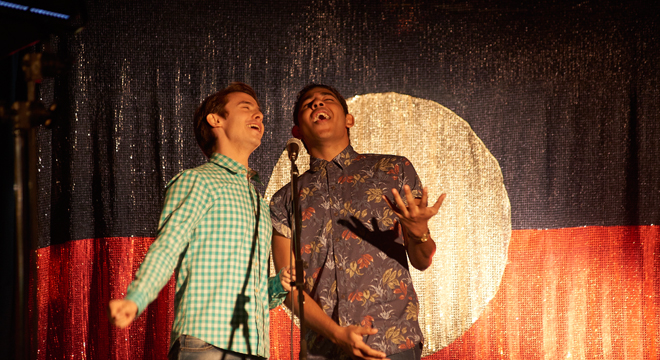 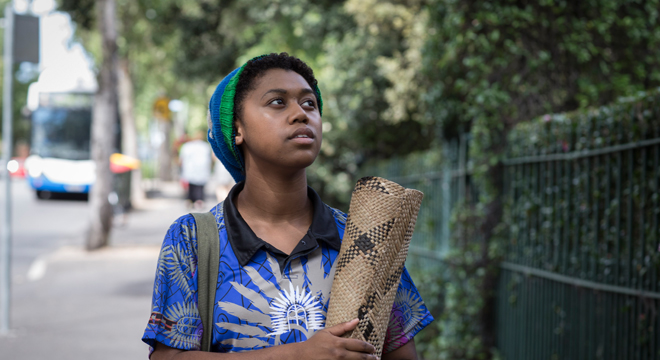 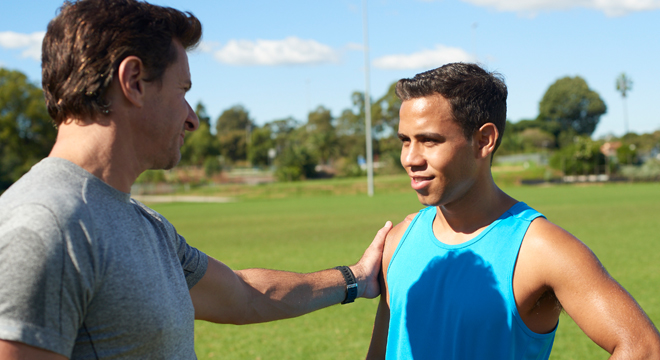 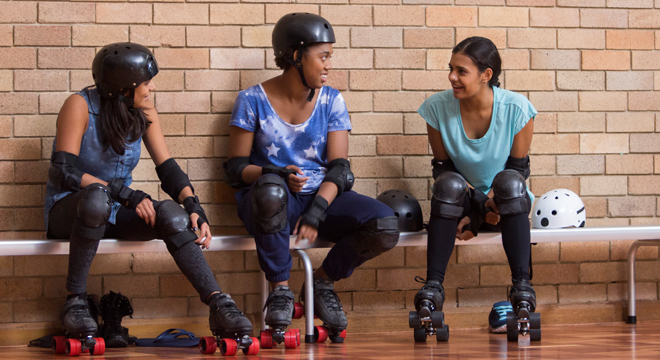 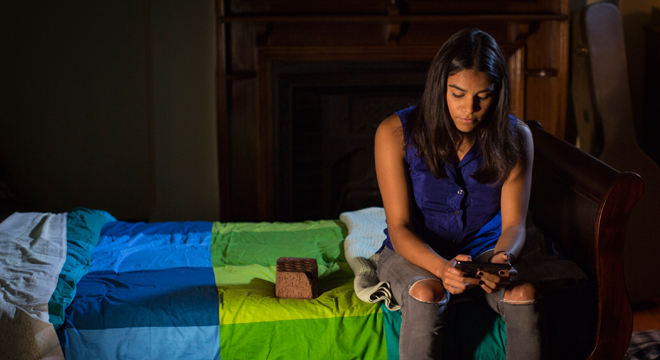 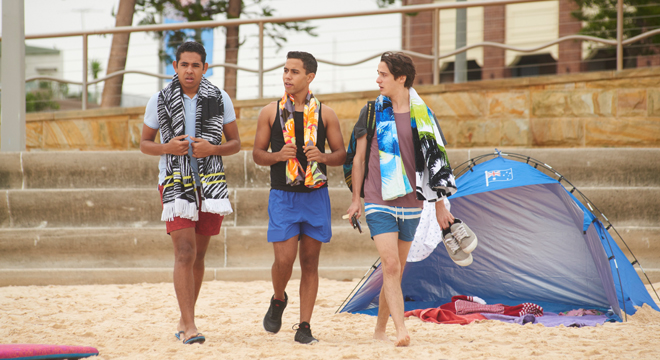 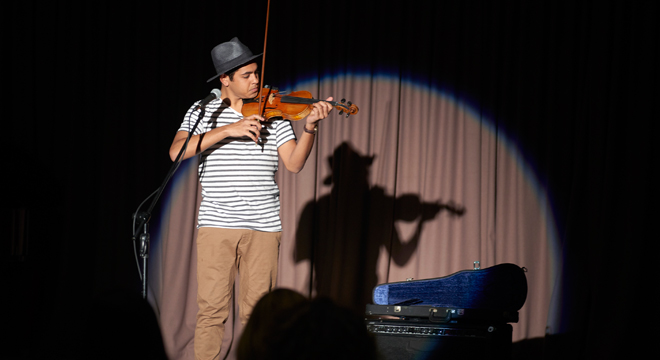 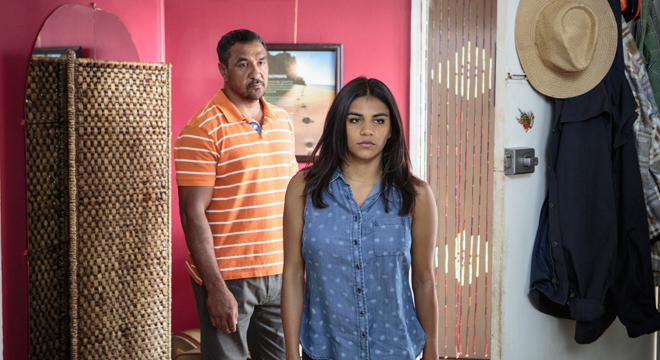 From the multi-award winning producers of Dance Academy and Redfern Now, comes READY FOR THIS, the 13-part story of six teenagers, all elite in within their own field, who have come to live at Arcadia House to pursue their dreams. For some it’s the opportunity of a lifetime, for others it’s a last chance. All are strangers, some a long way from home, and the last thing they expect to find is family.

When the six teenagers move into Arcadia House, a hostel in Sydney, each of them has a different agenda and different dreams. Far from home, they must find a path through the new challenges and adventures that the big city offers while dealing with all the trials of growing up.

Zoe (Madeleine Madden) moves to Sydney to attend a sports high school in the hope of fulfilling her long-held Olympic dreams. She learns that to succeed, she needs to strengthen her mind as well as her body.

A rising talent in the AFL world, Levi (Aaron McGrath) reunites with his estranged father and deals with his tumultuous relationship with Zoe.

Away from parental pressures, Arcadia House is an avenue for Dylan (Liam Talty) to pursue his passion for electronic music and graffiti art.

Coming from a religious and conservative family, Ava (Majeda Beatty) must gain the confidence to accept who she truly is, as well as overcome her fear of singing in public.

After her mother passed away, Lily (Leonie Whyman) got caught up with the wrong crowd. Her father moves her to Arcadia house in the hope that new friendships and her passion for school debating will allow her to finally overcome her grief.

And Lily’s one friend at school, Reece (Christian Byers), has a secret. An invitation to come and stay at Arcadia House is the solution he desperately needs. There, his artistic talent, and the ability to connect with each of the different personalities allows him to become the heart of the group.

Also in the mix are Vee (Christine Anu) and Mick (Lasarus Ratuere), the ‘caretakers’ of this motley crew. Vee, who only took the job to get by, gradually realises that the teenagers could be the connection back to the world that she’s been looking for. Sports all-rounder Mick, is the man of the house, and is fatherly, funny and supportive.

In order to survive the year, the teenagers will need to come together. They start off as strangers, but will they end up as a family?

Five elite teens from around Australia find placement in Arcadia House, a hostel in Sydney. Ava must cope with a new, cool music school, a haunted bedroom and her desire to make friends despite her crippling shyness.

Levi and Zoe meet and form an instant attraction but an old family feud keeps them apart. Zoe struggles to find a connection with the other girls in her elite athletics squad, and must also face the fact that down here in Sydney, she is not the fastest runner.

Meanwhile, Lily, a tough girl from Kempsey, spends the whole of her first week scheming to find a way back home. When she receives an offer from a stranger to drive her home, the news worries the others. And rich boy Dylan defies his parents, who think he’s come to Sydney to study classical violin, when he secretly changes his course to electronic music production.

Mick and Vee resort to a team-building scavenger hunt to get the kids to bond but Lily escapes the event and heads out to find the Sydney she remembers from her early years with her mother. Disappointed that things have changed and her quest was hopeless, Reece shows her a part of Sydney that is still the same.

Meanwhile, as Dylan, Levi, Ava and Zoe find a new connection through the competition, Reece and Lily return to the house with the winning item in the scavenger hunt at the last minute. Because of this Lily finally starts to accept that maybe Arcadia House is the right place for her after all.

When an opportunity to further develop her budding friendship with Jasmine leads to an opportunity to sing with a famous DJ, Ava must face the question of how far she is prepared to go to succeed in this new city.

But coming face to face with her overpowering fear of performing in public and the realisation that she has let herself be pressured into this whole situation because she is too shy to speak up for herself, makes Ava face some tough lessons.

When all the housemates sneak out to watch Ava sing, and are inevitably caught, Vee is furious. Her punishment fits their crime but the night out helps to bond them as a group.

Levi discovers Reece is homeless and sleeping rough in the school gym. After spending the day with Reece and seeing the grim reality of his home life, Levi invites Reece to come back and stay at Arcadia House.

Meanwhile, Dylan receives a visit from his high profile Dad who organizes what he thinks will be a treat; Lily challenges Zoe to a boxing match to settle things between them; and Ava and Zoe discover the truth about Lily’s mum.

Out one night doing his stencil work, Dylan is confronted by the local graffiti crew. He gets away but the next day realises that one of the crew is Ryan, a student at SIM. He finds the courage to come clean to Ryan and before he knows it, is finally part of a ‘graff’ crew.

Reece is handed a form that he thinks requests him to identify as Aboriginal. Torn by his desire to stay in the house, and emboldened by Levi, he asks Lily if he should just lie. Will a last minute reprieve from Mick and Vee, as well as support from all the other housemates, save the day and allow Reece to be part of the ‘Arcadia House Mob’?

A major athletics meet brings Zoe’s family down from Darwin to visit, compelling Levi and Zoe to suppress their growing romance. But tensions explode when the two families meet and discover that Zoe and Levi have been secretly seeing one another.

Zoe is forced by her father to admit that she was feeling ashamed by the arrival of her large and enthusiastic family and he tells her that she should never forget where she came from – and never stop being proud of that. Faced with a choice between family obligation and teen romance, will Zoe choose her family and break up with Levi?

Ava meets cool roller-derby-chick Macy who encourages her, Zoe and Lily to get wheels under their feet and join her roller derby ‘fresh meat’ trials. Dylan gets into deeper waters with Ryan and the lads, and his allegiance to the crew is finally tested when he says no to their request to steal some spray cans.

Meanwhile Levi’s charm offensive to woo back Zoe implodes when he makes a brave confession of his affection.

Levi’s Dad, Jimmy, is released from jail and Levi is forced to face a lot of unresolved questions about their relationship. When Jimmy fails to show up to an important football game, it is Zoe who secretly brings father and son together.

Meanwhile, Dylan and Ava struggle when they are forced to work together on a song. Lily meets Bridie, (Macy’s girlfriend) who tells her that she’s really needed on the debating team. Will Lily finally accept that debating is something that she loves and join the team?

Lily overcompensates when she organises a 16th birthday party for Reece. He’s never had a party before and Lily pulls out all stops, but when Mick is called away to a family emergency, the inevitable happens - gatecrashers swamp the house. Just as the party is in full swing, Lily takes herself away and realises that the whole thing has been a tactic to avoid facing the anniversary of her mother’s death.  A chance encounter with some rowdy gatecrashers will have dire effects in the weeks to come.

Meanwhile Ava and Macy kiss for the first time; and Zoe’s jealousy over Levi and Alice being together results in her tipping an entire bowl of punch on Alice’s head.

The dream draws closer for Zoe when she learns about an Australian Athletics Federation (AAF) high altitude training camp in Colorado, and for Levi when he learns that his grand final game will be watched by an AFL Scout.

Lily discovers a photo of her has become a meme and suddenly her face is all over the internet. She tries to shake it off but in the end confesses to Vee that all she wants is her mother.

Out of anger at Alice and Levi, Zoe risks everything by participating in the roller derby. Injured in a jam, she is dropped from her coveted spot on the relay team. Not only that, Alice forces Zoe to ask Levi about his true feelings. His hesitation sees him lose Alice and Zoe.

In the face of strong competition, Levi loses his confidence and the grand final, but Jimmy is there to put things in perspective.

A ‘boy’s day’ at the beach leads Dylan and Levi to get into trouble with the police, and Ava is introduced to a day of fame with her idol Ngaiire.

Meanwhile, Lily is still upset and has spent the last three weeks doing nothing but going to school and spending the weekends in her room. Despite everyone’s efforts to get her out, she needs this time to recover.

It’s the lead up to Ava’s final showcase and her stage fright is causing her serious issues. Macy tries to help but it’s Vee who has the best solution – Koorioke. When Ava takes Vee’s advice and sings only to Macy – she finally has the courage to be a star. Plus, an unexpected arrival makes the night complete.

Meanwhile, Zoe’s best friend Kodie arrives from Darwin for time trials but instead of a happy reunion simmering resentments overflow and Zoe finds herself unexpectedly in competition with Kodie and Alice. Determined not to let Alice beat her again, Zoe underestimates Kodie and finds herself knocked out of contention for the summer training camp in Colorado. The only consolation is a late breaking admission of her feelings for Levi - which he gladly reciprocates.

As the year closes, each housemate attempts to cling onto the dream they began with.
Zoe must swallow her pride, make up to Colorado by winning the relay for Kellett St.
Levi has to stop trying to please everyone, including Zoe, and finally make a choice about where he’s going to spend the summer.

Lily faces her fear when she confronts the ‘meme’ boys at debating, and Reece questions his place in the house.

And Dylan races off to get Ava back to SIM in time to do her showcase, but she’s not allowed to sing. She encourages Dylan to go onstage where he performs a spoken word piece that blows his teachers away. In spite of everything – Dylan is starting to find his voice.